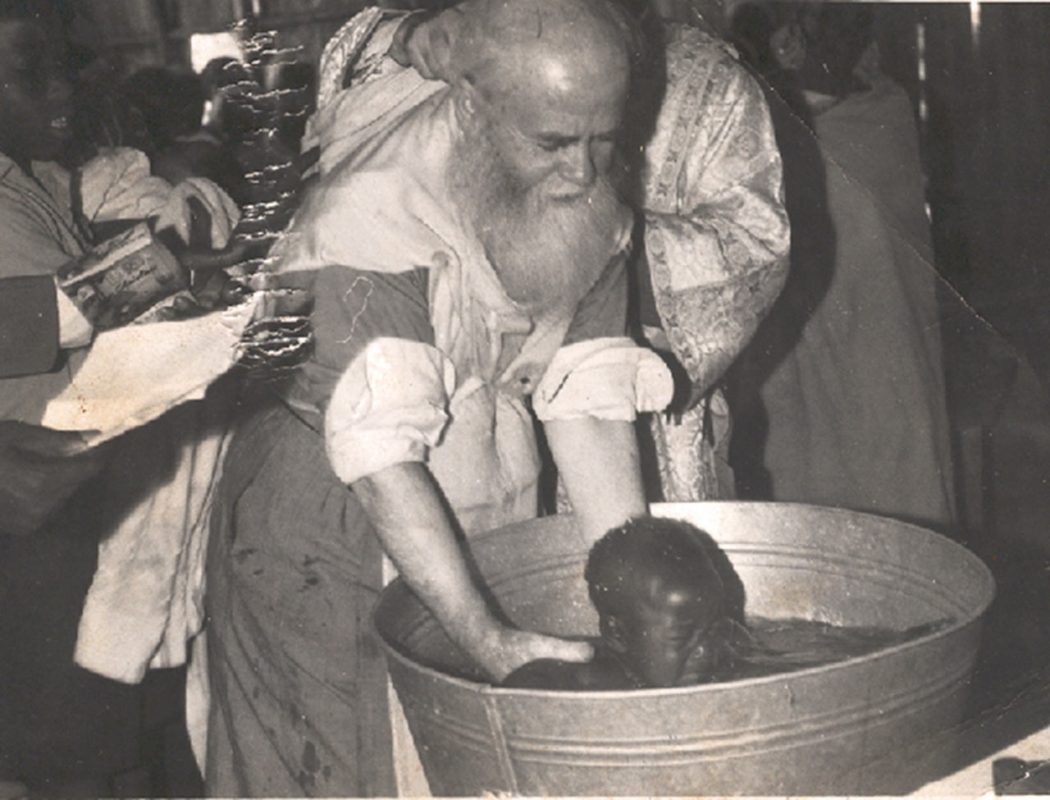 By
Bishop Nikiforos of Kinshasa

The contribution of Fr. Chrysostomos Papasarantopoulos to the missionary effort of our Patriarchate is very important indeed. Unfortunately, a number of circles have tried, deliberately or not, to reduce, underrate, or cover the work of the heroic missionary figure Archim. Chrysostomos Papasarantopoulos, and disregard the contribution of Archim. Nicodemus Sarikas. Both of them ministered under the auspices and with the blessings of the Patriarchate.
Fr. Chrysostomos set out for Africa after having been to Alexandria and asking for the blessings of Patriarch Christophoros. He advised those of us who knew him or were in contact with him to be obedient to the Church and the Bishop, and added that only by means of our Prelate’s blessing can we serve and minister . He pointed out in a letter to Fr. John Athanasiadis: «As you are aware, the first «hearth»of the Greek Overseas Mission has already been established in Uganda of East Africa with the blessings of His Beatitude Patriarch of Alexandria and under the spiritual authority of His Eminence Metropolitan Nikolaos of Irinoupolis, whose blessings I convey to you.»
Fr. Chrysostomos was born in 1903 in a village of Messenia, Greece, called Vasilitsi. He had great love for education but because of his father’s death he was forced to leave school at the age of ten, when he was in the 4th grade of Primary School.
In 1918, that is one hundred years ago, when he was 16 years old, in pursuit of spiritual life he moved to the Koroni Monastery and then to the Hermitage of Panagoulakis (Holy Monastery of the Annunciation of the Theotokos) . When his brothers learned about that and went to take him, he did not accept to follow them, and he said, «Now I have finally found what my soul has been longing for, studying and praying.»
On the 4th of May 1926 he was ordained a deacon and then a hieromonk by the Metropolitan Meletios of Messenia, and received his new name Chrysostomos from Christos. Next he was appointed as the Igumen of the H. M. of Gardikiou. Together with him was his mother, who he tonsured as a nun, giving her the name Sebastiani. Soon he was transferred to the Monastery of Chrysokellaria, where he completed his school studies «via homeschooling». In 1938 Chrysanthos, who was enthroned as Archbishop of Athens and All Greece, called him to Athens and enrolled him as a monk in the Holy Monastery of the Bodiless Powers (Petraki). Then he appointed him as Igumen of the H. Monastery of Panagia Phaneromeni in Salamis.