On Bright Tuesday (26 April) we left on holiday, travelling from Pretoria to Clarens in the Free State, then to Graaff Reinet in the Eastern Cape and Barrydale in the Western Cape, seeing friends and relatives along the way. On Easter Saturday we travbelled from Barrydale to Robertson via Swellendam. At Robertson we visited my third cousin Sandy Struckmeyer, and went to Vespers and spent the night with Fr Zacharias van Wyk at the Orthodox Centre there. Macrina Walker, who visited us last September, and is now living and working in Cape Town was also staying there. 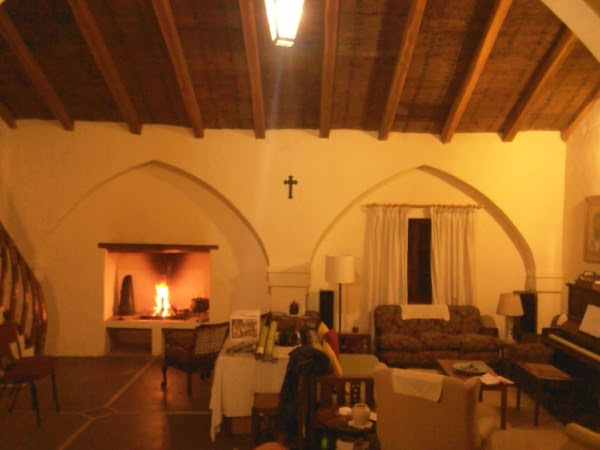 
The centre is a most amazing place. We walked into a large hall, which felt like something out of Tolkien’s novels, the hall of the elven king, or the last homely house. There was a pervasive smell of woodsmoke. On the right was the door to the chapel, and on the left the kitchen and stairs going up to the guest bedrooms, with banisters made of old barrels In the opposite corner, by the foot of the stairs, was a fireplace.
The whole place was originally a packing shed, and was also reminiscent of the Monastery of St John the Baptist at Tolleshunt Knights in Essex, England, where the refrectory won a prize as the most creative conversion of a chicken shed. 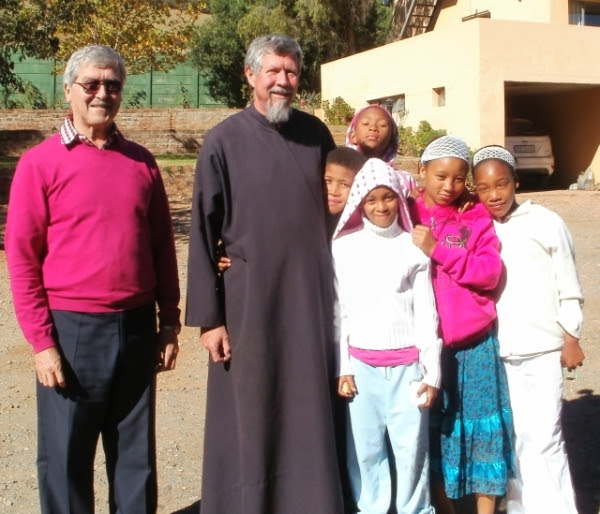 
At 5 pm we went to Vespers, in Afrikaans, served by Fr Zacharias. There were only a few of us there, In addition to Val, Macrina and me, there were Danie the reader, and five coloured children aged from about 9-12, who sang along and behaved very well, in marked contrast to those we have known from Eldorado Park.
Several more people came to the Divine Liturgy in the morning, for Thomas Sunday, about 20 in all. Matins was in Afrikaans and Dutch, while the Divine Liturgy was in Afrikaans, though much of the music was unfamiliar to us.
Outside there is a beautiful view across the vineyards in the valley to the mountains.
If you’d like to know more, you can follow their blog here.