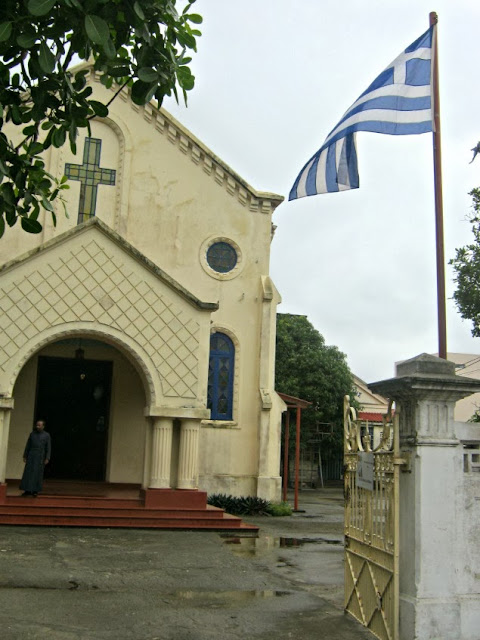 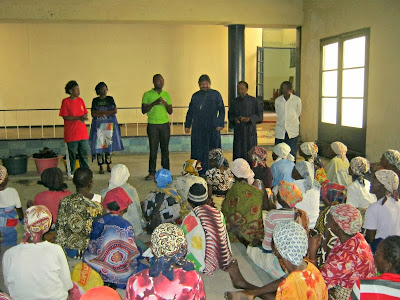 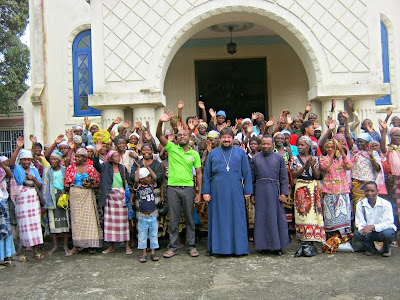 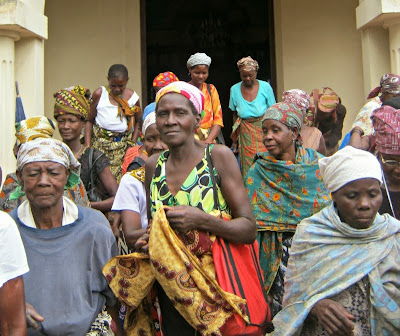 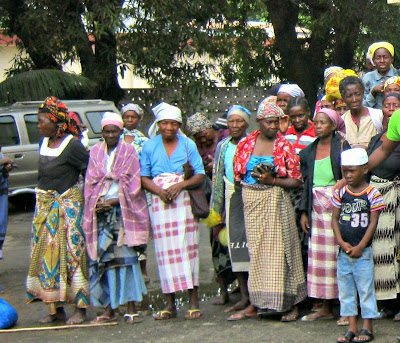 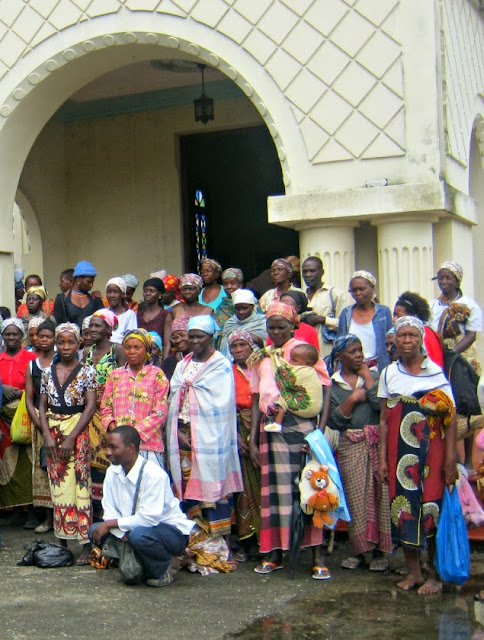 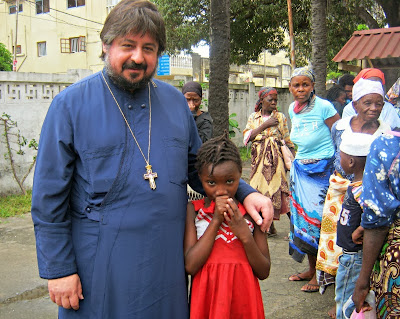 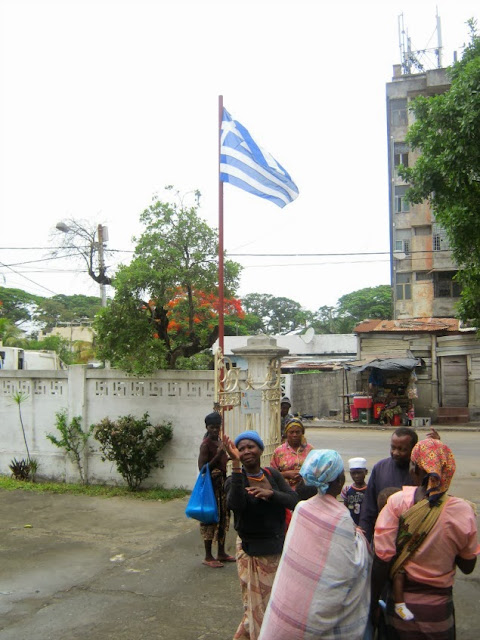 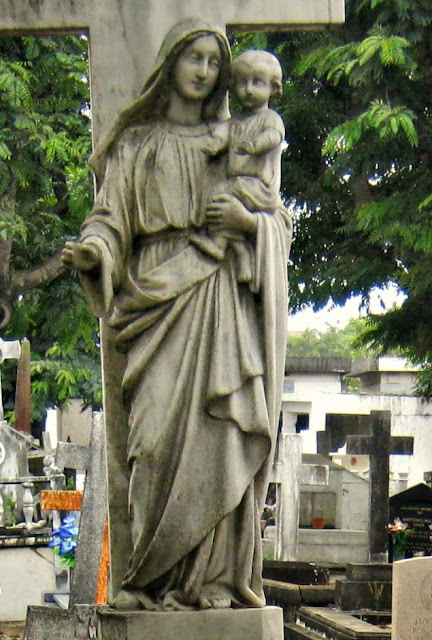 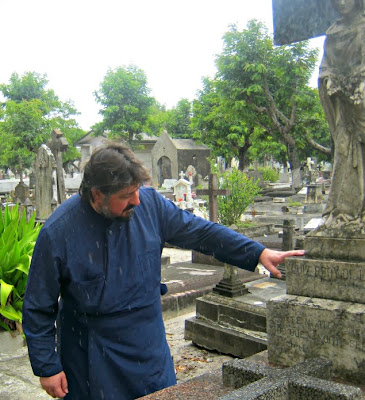 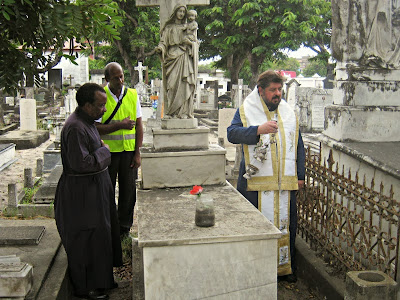 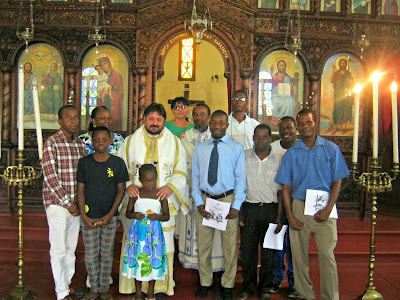 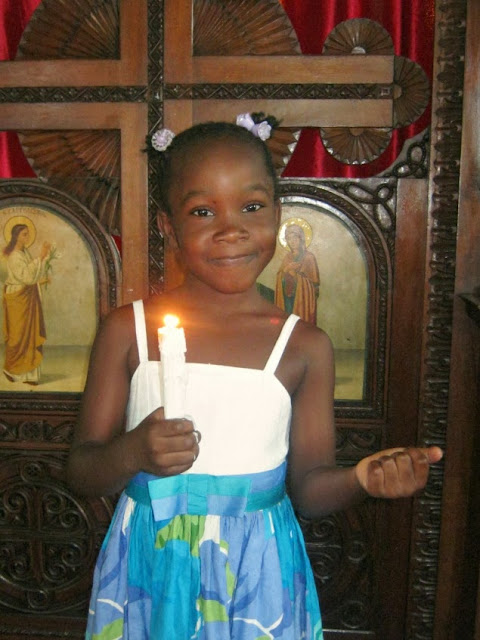 
The Orthodox Christian Mission Center (OCMC) will be offering numerous Health Care Mission Team opportunities in 2014 to East Africa.
OCMC is seeking doctors and medical personnel to participate on these teams and minister to the physical and spiritual needs of people in East Africa. While health care has improved over the last two decades, many people do not have access to basic medical care and are reliant on nongovernmental agencies to cover health care gaps in the government system.
By participating on a health care team, team members will help treat various common illnesses found in other parts of the world - malaria, parasites, and other tropical diseases. The Orthodox Church in East Africa has asked for individuals to bring physical relief as an outpouring of Christian love and to offer a living witness of Christ as our Lord and Savior through healing.
Two Health Care Mission Teams to Tanzania (February 3 – February 14 and May 12 – May 23) have been invited to work alongside the staff from the Orthodox Health Clinic (Health Centre Ufufuo) in western Tanzania. This clinic works to offer quality health care to individuals in the greater Bukoba region. The Team will assist with staff training through peer-to-peer time and provide medical consultation and health education to patients. A team to northern Kenya (June 17 – July 1) has been invited to serve in Lokichaar as part of a holistic outreach that includes construction, teaching, and health care.
These teams will offer both tangible and spiritual benefits in places where health care access is limited. For more information on how to apply, please visit our Web site, www.ocmc.org or e-mail us at teams@ocmc.org.

Holy Synod of the Patriarchate of Alexandria and all Africa

His Beatitude then briefed the Holy Synod at length on the works undertaken over the past year in all fields of the ecclesiastical ministry of the Patriarchate. After that, the Holy Synod proceeded to the elevation of the Diocese of Nilopolis to an active Metropolis, in the person of His Eminence Gennadios who now bears the title of Metropolitan of Nilopolis, Most honoure Exarch of Lower Egypt. Also elevated was the district of Heliopolis to an active Metropolis in the person of His Eminence Theodoros, Metropolitan of Heliopolis, Most Honoured and Exarch of Middle Egypt.
The filling of the Holy Metropolis of Memphis and the Holy Metropolis of Khartoum followed, with the Holy Metropolis of Khartoum being renamed as the Holy Metropolis of Nubia. His Grace Nikodimos, Bishop of Nitria, Patriarchal Vicar of Cairo was elected as the new Metropolitan of Memphis, while the Very Reverend Archimandrite Narkissos Gammoh, Principal of the St Athanasios Patriarchal Academy was elected Metropolitan of Nubia.
The deliberations of the Holy Synod continued with the discussion regarding the assessment of the new pastoral facts in the Middle East and in Africa, in order for the appropriate pastoral initiatives to be undertaken in the circumstances.
In conclusion, in the Patriarchal Chapel of Ss Theodoroi, His Beatitude Theodoros II, Pope and Patriarch of Alexandria and All Africa officiated in the ceremony of the Great Message during which the newly-elected Metropolitan Nikodimos of Memphis and Metropolitan Narkissos of Nubia presented their Great Message before His Beatitude and the Holy Synod.
The resumes of the newly-elected Hierarchs follow:
Curriculum Vitae of His Eminence Metropolitan Nikodimos of Memphis
His Eminence Nikodimos (Athanasios) Priangelos, Metropolitan of Memphis was born in Volos in 1967. He is a graduate of the Lyceum of Rizarios and of the Faculty of Theology of the University of Athens. On 19th June 1996 he was ordained Deacon, by order of the late Seraphim, Archbishop of Athens, by the then Bishop of Diavleia and presently Metropolitan Damaskinos of Didymoteihos.  In February 1997 he was ordained Priest by the same Bishop and took over Parish duties at the Church of the Holy Unmercenaries in Heliopolis. In July 2003 he was seconded to the Holy Metropolis of Zimbabwe of the Patriarchate of Alexandria and All Africa, where he served the needs of the Hellenic Community and the Mission in Bulawayo. In February 2005 he took over the position of Head of the Holy Community Church of Ss Constantine and Helen in Cairo. Since 23 August 2005 he has been performing his duties as patriarchal Vicar of Cairo. On1st November 2006 he was elected Bishop of Nitria and consecrated by His Beatitude Pope and Patriarch Theodoros II on 12th November 2006. On 23rd November 2013, proposed by His Beatitude, he was unanimously elected as Metropolitan of Memphis, keeping his position as the Patriarchal Vicar of Cairo.
Curriculum Vitae of His Eminence Metropolitan Narkissos of Nubia
The Elected Metropolitan Narkissos of Nubia, born Samer Gammoh, was born in 1968 in Amman, Jordan,where he completed his schooling at the National Orthodox School. He holds a degree from the Theological faculty of the Universtiy of Athens (1988-1992), where he also completed post-graduate studies in Dogmatic History (1992-1994). He was tonsured a monk on 14/2/1994 by the late Metropolitan Iakovos (Gkinis) of Nicaea. He was ordained Deacon by the same Metropolitan on 15 February 1994 and as Priest by Metropolitan Vartholomaios of Megara on 11 June 1994 at the Holy Cathedral of the Dormition of the Theotokos in Megara where he served for 16 consecutive years as Parish Priest and Preacher. Seconded to the ancient Patriarchate of Alexandria and All Africa by His Beatitude Theodoros II Pope and Patriarch of Alexandria on 16/6/2009, he went on to serve at the Patriarchal Monastery of St Savvas the Sanctified where he lived and as Principal of the “St Athanasios” Pariarchal Academy in Alexandria. At the same time he was Secretary for Arabic issues at the Chief Secretariat of the Patriarchate, Preacher and in charge of the catechetical work of the Arabic speaking parishes in Alexandria. On 23rd November 2013 proposed by His Beatitude, he was unanimously elected as Metropolitan of Nubia.