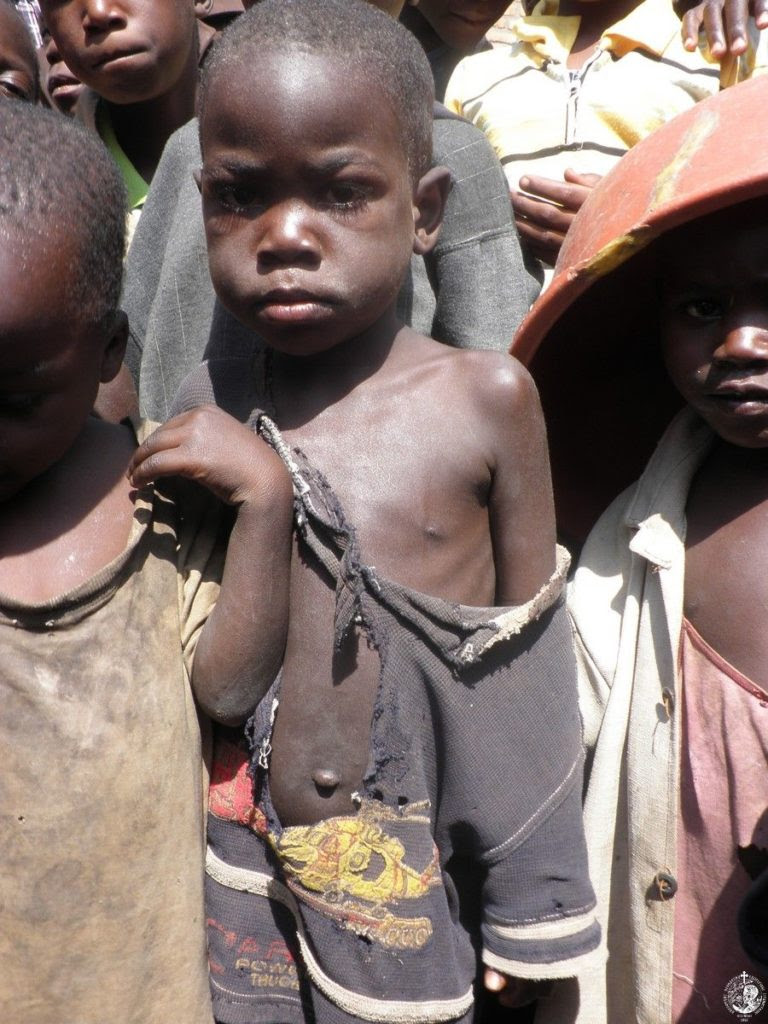 Burundi, Rwanda: two neighboring countries in central eastern Africa, which, from 1884, had a joint course, being German colonies until 1916 and Belgian until 1962. Their meeting with history lasted for about nineteen years starting from 1993, when the hatred between the two dominant tribes, the Tutsi and the Hutu, led to the most inhumane civil war in Africa, which culminated with a genocide, similar to which has never existed before, at least as far as I know.
This fratricidal war is over now, leaving behind two blood-stained countries, about one million casualties, thousands of mutilated people, thousands of refugees who saw from one moment to another all their belongings vanish, thousands of orphans that wander aimlessly on the streets looking for food everywhere, even in the garbage, in order to fool their hunger. Little by little, the refugees are coming back trying to forget and start a new life, which will not be easy at all.
We try to stand by them in their effort with the meager means we have at our disposal, support them and strengthen them mentally and spiritually so that they will not lose their hope or faith. They are people deprived of everything, of all those things that we take for granted: food, water, medical as well as pharmaceutical care, schooling, love….
That is why they are content with little, especially the children. A candy, a pencil, a smile, a little hug, an acceptance, makes them happy.
Our material help in these hard times is little, but they understand our care and concern for them as well as our love, whose perfect example is the benefactor of the whole world, God, Whom they long to meet. The Orthodox people of Burundi total up to three thousand, while the Greeks are only thirty. In Rwanda, the greek families can be counted on the fingers of one hand and they are not organized into a community. The flock of the Orthodox Rwandan Church is composed of a few Russian families, very pious indeed. I have visited them a couple of times. Actually, on my last visit, on June 15th and 16th, they asked me to perform the sacrament of Unction at a family home and the next day they confessed their sins and received the Holy Communion after many years, in a liturgy conducted in the yard of a house, since there is no orthodox church. There is only one under construction, which is still incomplete.
There, I was persistently asked to meet two priests of the “Anglican-Orthodox” Church (this is how they call their church, which numbers 2,000 members), who expressed their own desire as well as the desire of all their believers to join the Orthodox Church.
As far as the Burundi matters are concerned, the situation is as follows. In Bujumbura, capital city of Burundi, there is a church of the Dormition of the Theotokos, which was built in 1955 on money coming from the Greek Community and which is in urgent need of maintenance. It is a magnificent church which used to meet the needs for worship of the faithful of the whole Central Africa. Also, there is the Saint Arsenius church in the industrial area of Bujumbura. Within the same plot, there are buildings where we hope to house Computer Training schools, technical and vocational schools as well as Seminaries, which will address to those people who wish to enter the priesthood. However, they cannot operate currently due to legal impediments that concern the ownership of the land.
Saint Demetrios Holy Church has not been completed yet, while the buildings that are intended for polyclinics and medical center also contravene the state legislation, which prohibits the presence of patients within the church yard. I would like to assure you that we do everything in our power to overcome these obstacles so as to satisfy not only the wish of the donors who gave that money out of the little they have but also to help the natives enjoy a better quality of life.
Finally, on the borders of the Buramata province, there is an Orthodox community consisting of war refugees that have returned to their country. The church of Saint Alexios and the Twelve Apostles is incomplete, the school does not have the capacity to hold 600 pupils-four more classrooms are needed, for which they asked me 100,000 dollars. A few days ago I talked with another contractor who assured me that he could make them for 60,000 dollars. The amounts are large, however, apart from the fact that the economies of these countries are damaged because of the war, they themselves do not produce anything, therefore, they import everything from Kenya and other countries nearby; as a result, the prices here are burdened.
This is in general the condition in our Diocese. We want to believe that once more you will show your love towards these creatures of God, the one and only Creator and Father.

With my Love in Christ
Innocentios of Burundi and Rwanda