"On Wednesday, 28.08.2019 at a reception hosted by the President of the Republic of Cyprus, Mr. Nikos Anastasiadis, the Most Reverend Metropolitan of Nairobi Supreme and Extraordinary Archbishop Makarios was honored the #Golden #Medal for his long service which he continues to offer in different African Countries especially Kenya."

"Today for the first time in history we had Liturgy celebrated on the Feast day of St. Moses the Black/Ethiopian. After liturgy people learned about the life of St. Moses. St. Moses pray for us!"

"Media in the Orthodox Church in Africa, an interview with the Metropolitan of Burundi and Rwanda"

UGANDAORTHODOXCHURCH.CO.UG
Media in the Orthodox Church in Africa, an interview with the Metropolitan of Burundi and Rwanda – Innocentios during his visit to Romania 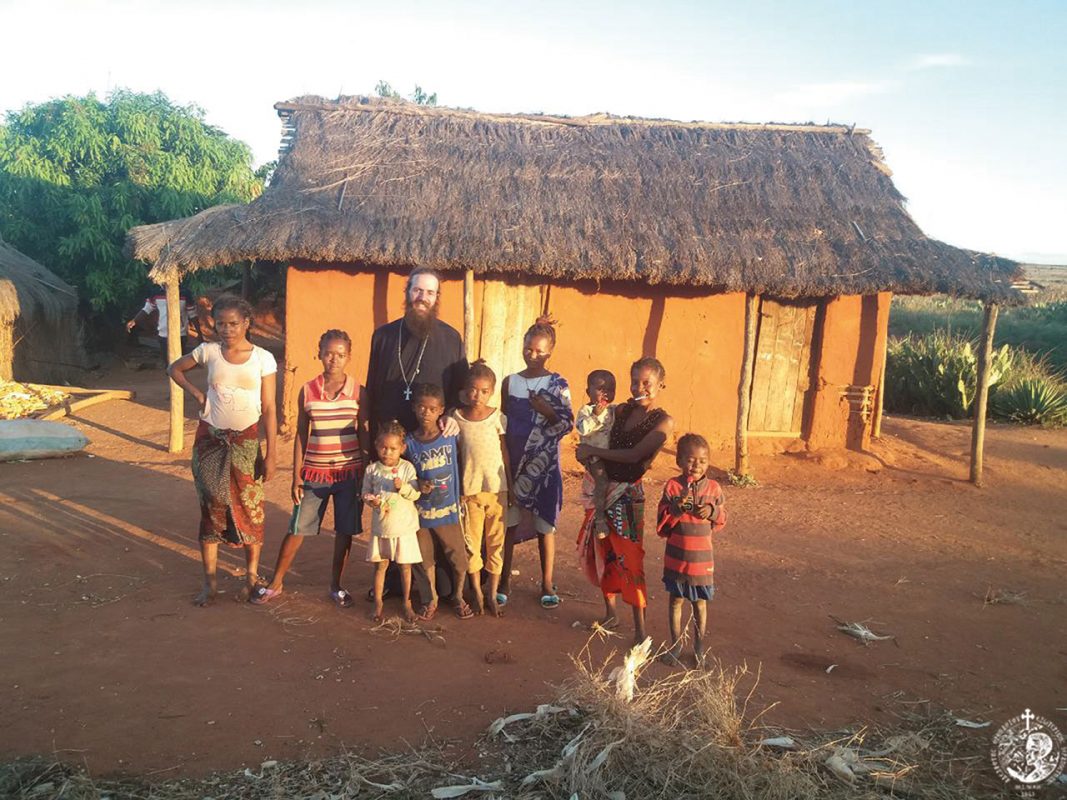 By Bishop Prodromos of Toliara, Madagascar

The vigilant concern of His Beatitude Pope and Patriarch of Alexandria Theodore II for the flock of the African continent led the Holy Synod of the Ancient Patriarchate of Alexandria to the partition of the Metropolis of Madagascar and to the establishment of the Holy Diocese of Toliara and South Madagascar with my unworthiness as its first Bishop.
The paternal concern of His Beatitude allowed me before my consecration and enthronement to visit the vast island of Madagascar so as to meet the local flock and spend with our faithful there the blessed days of the Holy Easter.
With this blessing, on the first of April of the year of the Lord’s salvation 2019 I began the long journey from the Monastery of my Repentance to Madagascar. At the airport, there was a group of Mission friends and supporters who were waiting for me with tearful eyes. Their gifts were the basics for a priest: incense, myrrh, and an icon of the Virgin Mary, my «weapons» for the unknown, the baptismal supplies, the little “bridges” that will help more and more brothers fit into the Common Communion Chalice. At the airport of Madagascar I was welcomed by its humble Shepherd, His Eminence Metropolitan Ignatius, who, with a kind courtesy, gave a cordial speech at the ceremony for the new Bishop’s reception, which took place in a church under his jurisdiction. His hospitality, which was extended a lot due to a mechanical problem in the car that would take us to the Diocese of Toliara, was simple and noble at the same time.
With a brotherly embrace and our departure, a long journey on an extremely rough dirt road led us to the normal boundaries of our Diocese. It was a fasting period and the only food we could find was a little avocado with some bread, which did not surprise any of the people we met on/in the street and we shared with them this little food, because people there are in constant fasting due to lack of goods.
Arrival in the city of Fianarantsoa, followed by the Matins Service at the Church of the Holy Apostles Peter and Paul, and acquaintance with the small in number but big in heart flock. There, we experienced early Christian moments: two nuns, two women who did not come from an Orthodox family, loved Christ so much that they dedicated their own lives to Him, and carried the burden of the entire local community. The Church has always relied on women’s shoulders.
The next morning we set off on our journey visiting the Diocesan School, which numbers over 600 children in classes of 70 pupils. We were welcomed by cheerful faces filled with hope and the light of knowledge. Our promise to them was a one-way road: «we will immediately expand the facilities in order to decongest the classrooms so that more and more children can have access to the good of education.» Screams of joy and applause was their reaction to this difficult, yet necessary, promise.
The Sunday of St. John of the Ladder finds us before the Holy Altar. My first Divine Liturgy there and my first union with my new family through His Holy Body and Blood.
On the 11th of April 2019, the first Holy Synod takes place in a family-like atmosphere. We convey the paternal blessings of His Beatitude and have an extensive discussion so that the Church can adopt the liturgical needs and habits of South Madagascar. The Assembly was sealed with an epitrachelion (stole), the vestment under which all souls are called to be relieved, courtesy of the Orthodox Missionary Fraternity. The next few days we are constantly on the move. The Salutations were chanted in straw churches and on beaches, where, I can assure you, there is so much heavenly blessing! Faces of weary and burdened people whose life is full of problems but who have the joyful certainty that we are conveying them the truth. We cross the vast land of our Diocese using every possible means of transport: car, motorcycles, boats, makeshift boats and pirogues, so that we can make each and every one of our brothers participant in the Mystery of our Church. And it is this most genuinely benevolent intention that makes us partakers of miraculous events, such as the formal invitation we received from a village of several thousand inhabitants to visit them so that they can be catechized and eventually baptized. Sometimes I ask myself how such things happen, and all I can answer is an incessant praise, “glory be to the Triune God”.
The Holy Week was a great blessing for all of us with tears of devout reverence and a surge of excitement in the liturgical life. The sacred services were chanted either in the Malakasi language, the local dialect, or in Greek: an actual proof of the universality of Orthodoxy.
With “Christ is Risen”, the period of baptisms began, according to the early Christian tradition. More than four hundred baptisms in seas, rivers and makeshift baptismal fonts are performed. Names of saints throughout the history of Christianity are everywhere in Madagascar at this time as well as names important to me that signify my bond with beloved persons: His Beatitude our Patriarch, His Eminence Metropolitan Eustathios of Monemvasia and Sparta, nuns from monasteries all over Greece, my spiritual children. An act of inner need to create a family-like atmosphere in a place until recently strange to me.
Along with the baptisms, we visit hospitals and health centers, we are informed about the shortcomings and the existing problems. We provide financial support to those who do not have access to health care, which is not free of charge, and we are constantly experiencing the miracle of people converting to Orthodoxy, as they wonder why we are helping them indiscriminately. Well, the answer is simple: for our Holy Church every single person is an image of God. Glory be to God for all things!

"Yesterday 27.08.2019, His Grace Bishop Silvester together with the missionary friends from the Holy Metropolis of Mesogaias in Greece paid a visit to the Holy Resurrection Orthodox Cathedral in Jinja where they were warmly welcomed by the Vicar Rev. Fr. Chrysostomos Koolya with the Church council members. They chanted the glorification and thanksgiving to the Lord and they received the different Church Liturgical Vessels and elements brought and offered by the group.
After, because of their farming interests, they visited a farm in Kayunga bugerere deep in Bbaale village where they also prepared and served a meal of love to the poor families of the village who live together and strive together in difficult conditions to make out their living, by simple farming. The Bishop thanked the Farm Owner Mr. Hamisi for his love and the good opportunities he brings to these people of God, from whom he already has a number of youth employed on the farm and being trained in animal keeping.
Lord Save thy People and bless thy inheritance!"