"An early morning Holy and Divine Liturgy. His Eminence presided over and ordained Deacon Simon to the priesthood. Now Fr. Simon Wachira in Mpeketoni. Axios our dear brother. May God be with you and bless your ministry and your journey in the priesthood. Axios!!!" 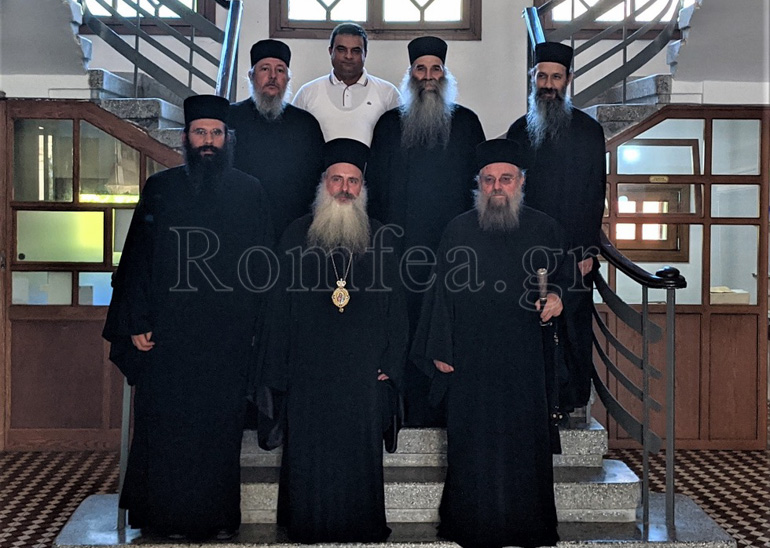 "We celebrated today (August 28) at our Waterloo Church, St. Moses the Ethiopian, a black African saint from the fifth century A D. Our Church in Waterloo is named in his honour."
https://www.facebook.com/realRevThemi
Αναρτήθηκε από trygetes στις 1:17 μ.μ. Δεν υπάρχουν σχόλια:

Today August, 30, during Holy Liturgy at St. Nicholas cathedral presided over by Rev. Fr. Nicholas Bayego and Sermon delivered by Metropolitan Jonah Lwanga, we learned about the Young rich man, who knew and practiced the Mosaic Law (Ex 20:1-17; Lv 19:18, 34; Mt 22:37-40), but he never fulfilled the principle of “not to love more the world than the eternal life, the Kingdom of God”!
https://www.facebook.com/UOChurch/
Αναρτήθηκε από trygetes στις 1:04 μ.μ. Δεν υπάρχουν σχόλια:

The Beheading of Venerable John the Baptist.
Missionery activities continued in the Archdiocese of Zambia through the blessing of Archbishop Ioanis.
Fr Antonios reminded the faithful about the love of God by which he sent his Son our Lord and Savior Jesus Christ to die for us on the Crosss.
Continue praying for us.
Χρόνια πολλά.
Father Arsenios"
https://www.facebook.com/Orthodox-Metropolis-of-Zambia-391805074291380/
Αναρτήθηκε από trygetes στις 1:00 π.μ. Δεν υπάρχουν σχόλια:

Orthodox Cathedral of The Resurrection of The Lord, Lagos

Yesterday, the Holy Orthodox Church commemorated the feast of Saint Moses the Black of Scete.
Saint Moses was an Ethiopian, before his conversion he was known for banditry until through the mercy of God he repented and lived all his life in one of the desert monasteries until his death.
On the occasion of the commemoration of the feast of Saint Moses, Metropolitan Alexander was invited to be part of a discussion on Orthodox Church and Racism.
The discussion which is part of a series of topics by the Greek Orthodox Archdiocese of America, seeks to draw the consciousness of the Orthodox Church to the bedevilling issue of racism within the Church and proffer solutions on how it can be eradicated from the body of Christ.
The participants of the discussion were Nun Katherine from St. Moses the Black brotherhood, Fr. Nathanael Johnson both Afro-Americans, and our very own Metropolitan Alexander who has been in the forefront in the fight against all forms of tribalism, discrimination, and racism not just in our Archdiocese, but also in the Alexandrian Patriarchate.
The discussion was hosted by Rev. Dr. John Chryssavgis, Archdeacon of the Ecumenical Throne. He currently serves as theological advisor to the Ecumenical Patriarch and has authored many books and articles in several languages on theology, spirituality, and ecology.
Below are excerpt clips of the discussion. Full and clean recorded interview will be made available soonest.
Feel free to drop your views on racism as it affects your locality and what you think can be done to fight racism."
https://www.facebook.com/orthodoxcathedralng/
Αναρτήθηκε από trygetes στις 10:11 π.μ. Δεν υπάρχουν σχόλια: