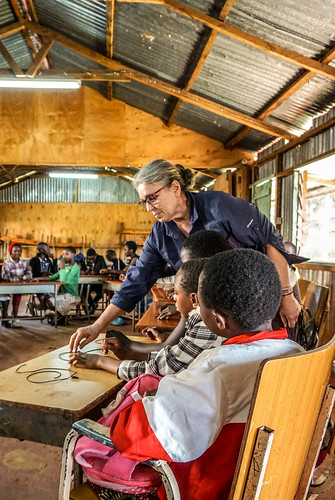 Mission Sunday is March 10th. Please pray for a support
Orthodox missions on this day and consider being a part
of the growing missions movement this Lent by sharing
your faith as part of a mission team or as an Orthodox
missionary.


On March 10th, Orthodox faithful across the country are invited to recognize missions by the Assembly of Canonical Orthodox Bishops of the United States.

This day, the last day before the beginning of Great and Holy Lent, is a wonderful opportunity to reflect on the gift of salvation we anticipate and celebrate each and every Pascha. It is this same gift that Christ has commanded us, as Orthodox Christians, to share with the world.

More Orthodox Christians than ever in the United States are joyfully sharing the Faith with others, knowing that it is truly a gift to be shared with everyone. From its humble beginnings, Orthodox Christian missions has been growing steadily over the past decades. What was once a single missionary family and a couple groups of volunteers serving in one country is now more than 30 missionaries and their families and nearly 200 yearly mission team members working and witnessing around the globe. Millions of dollars of support are coming from Orthodox parishes across the country of all jurisdictions to train and support Orthodox clergy and underwrite projects that provide healthcare, education, food, and water to places where the Orthodox Church is newly emerging.

These aforementioned initiatives are only the ones being undertaken by the Orthodox Christian Mission Center (OCMC) – the official missions agency of all Orthodox churches in the United States. In addition to these efforts, local parishes, national ministries and agencies, and our Orthodox seminaries are all also doing things and sending people to witness for the Faith!

Orthodox missions is a movement, and it is growing!

During Lent, we are called to pray, fast, worship, and give. By praying for missions, supporting missions ministries, and participating in the evangelistic outreach of the Church, Orthodox Christians not only share the gift of the Faith with others, but also grow in the Faith themselves.

On Sunday, March 10th, we ask all Orthodox Christians and all Orthodox parishes across the United States to pray for missions:
God of truth and love: Father, Son, and Holy Spirit, hear our prayer for those who do not know You, that they may come to a saving knowledge of the truth and that Your Name may be praised among all peoples of the world. Sustain, inspire, and enlighten Your servants who bring them the Gospel. Bring fresh vigor to wavering faith; sustain our faith when it is still fragile. Continually renew missionary zeal in ourselves and in the Church, and raise up new missionaries who will follow You to the ends of the world. Make us witnesses to Your goodness full of love, full of strength, and full of faith, for Your glory and the salvation of the entire world. Through the prayers of all the missionary saints, have mercy on us and save us. Amen.
Please also consider supporting and growing Orthodox missions ministries with a gift to the OCMC, which can be made online at https://donate.ocmc.org. If, during this Lent, you to feel the called to bear witness to your Faith, join a mission team, or inquire about serving as an Orthodox missionary, send an e-mail to missions@ocmc.org.

Thank you for remembering Orthodox missions and Orthodox Christian missionaries this Mission Sunday, March 10th. Thank for all you have done and will do during Lent to share the gift of Orthodox Christianity with the world. May God bless you and strengthen you during your journey toward Pascha!