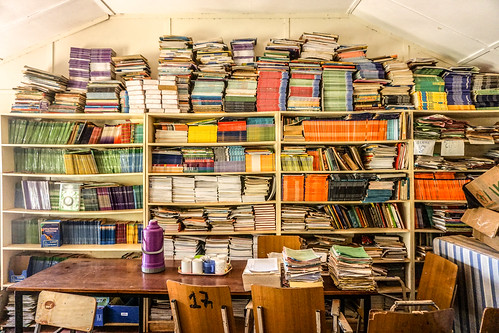 
During his 42 years of service in Africa, His Eminence Archbishop Makarios of Kenya has encouraged priests and laypeople to make translations of Orthodox Christian liturgical texts into their local languages. Regarding the need for translations in Africa, Fr. Evangelos Thiani, Liturgical Theology professor in Nairobi, recently said, “We are talking about worship. It has to go to my heart. When it is in Kikuyu [his mother-tongue] it comes to my heart. Translations are what bring our people into the knowledge of their own faith. But not only that, but also to participate more vividly and actively in the services.”
For this reason, Dr. Michael Colburn and his wife Lisa, OCMC mission specialists in linguistics and translation, have been working on tools to help translators understand the Greek source text, make accurate and understandable translations, and reduce the labor required to prepare liturgical books for publication. One such tool is a Liturgical Translator’s handbook for the Canons of Theophany. The handbook is especially written for translators who speak English as a foreign language. It provides the Greek source of the hymns for Theophany, model English translations, a discussion of each word or phrase in the hymns, and an analysis of the grammar of the words and syntax.
In January, with the blessing of His Eminence Makarios, Michael successfully tested features of the handbook in Nairobi, Kenya, at the Makarios III Patriarchal Seminary. Five senior seminarians created a series of translations for four troparia from the ninth ode for both canons of Theophany. The last translation was based on information in the handbook. Translations were made in three East African languages: Kikuyu, Kiswahili, and Luhya. Then five junior-year seminarians translated the new texts back into English, without seeing what the original Greek or the previous English translation said. Back-translations are a proven tool in testing Bible translations, but this is perhaps the first time the technique has been applied to liturgical translation. Michael worked with Fr. Raphael Kamau to analyze the results for the Kikuyu and Kiswahili translations, since Fr. Raphael knows both languages. The Luhya was analyzed based solely on the back-translations. The results of the testing are promising, and certain features of the handbook clearly improved the translations.
In February, Michael tested the features for the translator’s handbook at the St. Herman Orthodox Theological Seminary in Kodiak, Alaska, with students who speak native Alaskan languages. In April, he plans to conduct testing in South Korea, with the blessing of His Eminence Metropolitan Ambrosios. The results of the testing will give Michael information to improve the handbook. Once this initial handbook is finished, it will be used as the pattern to create such handbooks for other liturgical texts.
In addition to work on the translator’s handbook, Michael maintains the Online Liturgical Workstation (olw.ocmc.org), a website that provides tools for researchers and translators. He and Lisa are also assisting the Church in Kenya in the development of a new Priest’s Service Book for use throughout Africa. The service book is being produced using OLW.
Please keep the Colburns in your prayers as they labor to provide tools to assist liturgical translators throughout the world, and consider supporting them financially as well.
Click below to see how you can follow and support their work:
http://www.ocmc.org/TheColburnFamily